A small selection of actors’ headshots here from November. As the days start to get a bit colder and the light fades quickly in the afternoon, we still had plenty of opportunities to get outside during the shoots to get some lovely, bright, natural light shots as well as some taken indoors where we get a chance to warm up too!

First up is Connie O’Leary on her first headshot session and making it look very easy! Connie is represented by Louise Johnston Management.

It was my first shoot too with Melissa Wadsworth. Melissa is an actor at Dick and Lottie which is an independent/profit share theatre company specialising in the work of Alan Ayckbourn.

It was great to see young actor Joel Danziger back for a new headshot session. Joel currently attends acting classes in Manchester at David Johnson Drama and is represented by Broad Acting Management

Actor James Allen also comes under the title of a continuing series of my posts that I call ‘Is it me or are actors getting younger?’! James has also performed with Joel Danziger and is a very assured young actor and is very easy and a lot of fun to work with.

It was lovely to see Janet Marsh back again for some fresh, new headshots. I’ve photographed Janet for some years now and it’s always a real pleasure to welcome her back and get a chance to catch up. Janet is represented by Manchester actors’ agency based Lime Actors Management

It was good to meet and photograph Dave Smith on a day when you could still, just about, get away with a tee-shirt (and denim jacket here!)

Another chance to catch up with one of my actors was when former ALRA North student Chris Taberner came back for some new headshots with a very different look from when I last saw him. Chris is represented by JB Associates.

And another returning actor was Kai Freeman who also attends acting classes with David Johnson and is represented by Broad Acting Management.

Abi Dyson was also a returning actor with a wonderful new look. Now with a great new haircut that really puts the emphasis on the face. 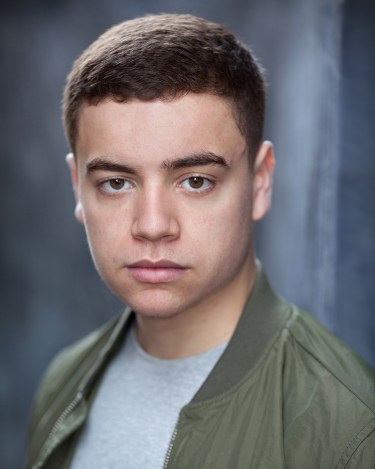